Home should be a place of relaxation and safety, though unfortunately for many individuals in New Jersey, this is not the case. If you are a victim of domestic violence, you need an experienced, yet compassionate Morristown domestic violence lawyer on your side. We believe in your right to live a free, safe life, and we will do everything in our power to preserve that right. Contact Graves Andrews, LLC today so you can tell us your story.

There is nothing worse than feeling unsafe in your own home, and our firm understands this, which is why we will swiftly and effectively fight on your behalf for the restraining order, and, ultimately, the peace of mind you and your family deserve. Give us a call so we can fight for you.

Finally, you should know that for an act of violence to be considered domestic violence in New Jersey, it must have occurred between intimate partners who are married, living together, or dating. It can also occur between any person who is a former or current household member.

Under The New Jersey Prevention of Domestic Violence Act of 1991, those who are victims of domestic violence may seek both criminal and civil relief from their abuser. As a victim of domestic violence, the time to act is now. You can receive a temporary restraining order either from your local family court or your local police department. Of course, if you are in immediate danger, you should call the police. They will get you and your children to safety and should then proceed to write up a temporary restraining order.

Shortly after issuing a temporary restraining order against the alleged abuser (usually within 10 days) the court will schedule a hearing where you and your Morristown family law attorney must prove that the incident(s) of abuse truly occurred. As long as we can prove as much (via pictures, text messages, medical records, or any other form of evidence), the temporary restraining order should be made final. You may also file criminal charges against the individual through filing a Criminal Complaint either where you reside, where the abuser resides, where you are currently being sheltered, or where the incident occurred.

In many cases, obtaining a restraining order against an individual will prevent them from contacting you and your children, so if you have children together, this restraining order will most likely also lead to a modification of your initial child custody agreement.

Matters of domestic violence are extremely personal, though they are also time-sensitive, which is why the sooner you take action, the better. Contact a compassionate Morristown domestic violence lawyer here at Graves Andrews, LLC today so we can get the process started. 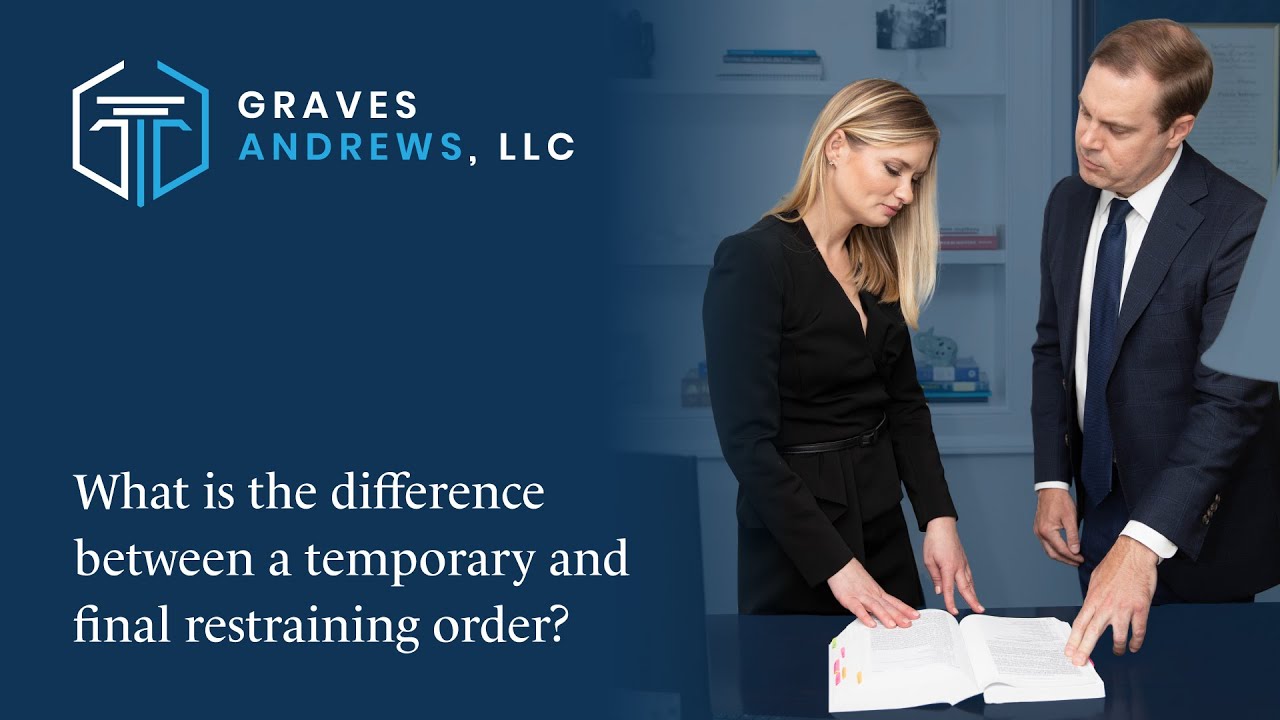